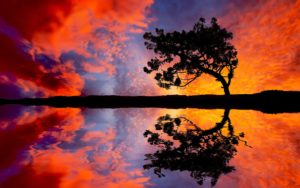 “The Lord spoke to Moses saying, ‘Speak to the children of Israel. Say to them that they are to make for themselves fringes (tzitzit) on the corners of their garments throughout their generations, and they are to put a blue cord on each fringe. It will be your own fringe – so that whenever you look at them, you will remember all the commandments of the Lord and do them and not go spying out after your own hearts and your own eyes, prostituting yourselves”
(Numbers 15:37-39).

The command of the fringes (צִיצִת/tzitzit) is given after the tragic report of the spies (Num. 13 – 14). Twelve spies were sent into the Promised Land to spy it out, to see if it is as the Lord has promised. Ten of those spies bear witness to the goodness of the Land – that it in fact flows with “milk and honey,” but the inhabitants of the Land are too great for them to overcome.

Upon hearing this tragic report, the children of Israel weep and mourn all night, wishing that they had never left Egypt. They desired to return to slavery because they feared freedom. Of this, Rabbi Dr. Joseph Hertz writes, “The incident of the Spies is the turning-point in the lives of all those that had been born in slavery. By the cowardice and murmurings with which they receive the report of the Spies, they show themselves unfit for the tasks of a free nation. They must die in the wilderness. During thirty-eight years of wandering, a new generation that knew not Egypt was to be reared, in hardship and freedom, for the conquest and possession of the Promised Land.”

The spies, as part of the testimony to the goodness of the Land, bring back with them a single “branch with a cluster of grapes. It was carried on a pole between two of them” (Num. 13:23). The fruit was a witness to the promise that lay in the Land; that it was a good and spacious land. The fruit of the Land, however, could not overcome the fear in their heart. The fruit would have to come from another place – from inside them.

The command of the fringe, tzitzit, is rather unusual. The children of Israel were commanded to affix strings to the corners of their garments, but for what purpose? As with many ancient Near-Eastern cultures, identity markers on garments was not unusual. The color, placement, and length allowed a person to be identified at some distance. Yet, why does the Lord command this identifier? Although tribal identity would certainly be a factor, as they were to be a unique, priestly people, the fringes were a remembrance, so that they will “remember all the commands of the Lord and shall do them, and not search after your own heart and your own eyes after which you went whoring, so that you remember, and shall do all My commands, and be set-apart unto your God.”

צִיצִת, comes from the root צִיץ, which means “blossom.” Tzitzit could literally be translated as “blossoms.” Tzitzit are a remembrance of his commands, his commands are the blossoms, or potential fruit in our lives. Fruit, like the Tzitzit, is an identifier. Recall the words of Messiah Yeshua, “A tree is known by its fruit,” and, “Beware of the false prophets, who come to you in sheep’s clothing, but inwardly they are savage wolves. By their fruits you shall know them. Are grapes gathered from thornbushes or figs from thistles? So every good tree yields good fruit, but a rotten tree yields wicked fruit. A good tree is unable to yield wicked fruit, and a rotten tree to yield good fruit. Every tree that does not bear good fruit is cut down and thrown into the fire. So then, by their fruits you shall know them.” By the fruit, we will know the false prophet; however, we will also know God’s people by their fruit.

For the children of Israel, the twelve (12) spies were their first interaction with the Promised Land. Rather than walking in the victory that the Lord had promised, ten (10) of the spies caused an entire generation to be lost, save two. For many people today, as we live and work in our daily lives, we are often the first contact that people have with the Kingdom of God. What do they see or experience with us? Do they taste and see that the Lord is good, by sampling the fruit of the Spirit in our lives (Gal. 5:22-23)? Or have we replaced the fruit of the Spirit with fear from the flesh?

The fruit of the land of Israel was symbolic of the promise of God, of what he could do and would continue to do. The wearing of Tzitzit was, for the people of God, the visual reminder of that promise. Today, however, the blossoms of the Tzitzit, and the fullness of their meaning, has settled inside of the follower of Messiah – not a replacement of, but rather, a maturing of concept. The fruit of the Spirit is the evidence of the Lord’s faithfulness to renew, restore, forgive, lift up, and cleanse; really, anything to do with the renewal experience in Messiah.

Still what is the fruit for? In one sense it is for the tree – bringing forth new life; but in another sense, it is not for the tree at all, rather, for others who will benefit from it. What do people taste of God’s Kingdom when they are with you? The fruit of promise and victory, or the fruit of fear and despair?

How do we change this, or increase our fruit? Psalm 1:3, “For he shall be as a tree planted by the rivers of water, that yields its fruit in its season, and whose leaf does not wither, and whatever he does prospers.” This is the fruit, the result of mediating on God’s Word, day and night.

As Old Testament scholar Derek Kidner explains, “The tree is no mere channel, piping water unchanged from one place to another, but a living organism which absorbs it, to produce in due course something new and delightful, proper to its kind and to is time.”

Let the blossoms of the Lord’s commands mature into blessed fruit for the Kingdom of God as you walk by faith and not by sight.