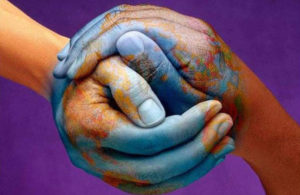 “For you are a holy people to the Lord your God. You are not to boil a young goat in its mother’s milk” (Deuteronomy 14:21).

In Messiah how do we approach such a verse? What does the dietary prohibition of boiling a young goat in its mother’s milk have to do with following Messiah? In the rabbinic literature there is no settled opinion as to the meaning, purpose, or origin of Deuteronomy 14:21. The convert and translator Onkelos finds a general prohibition of eating meat and milk together. Ralbag concluded that it promoted good health. Rambam understood it to be a guard against idolatry and superstition. Ibn Ezra found the law to be beyond the grasp of the human mind, and an exercise in futility to divine a specific meaning. Yet, two rabbinic sages, Abarbanel and Chaim Luzzato, found it to be humanitarian in nature, guarding against insensitivity and cruelty. It is this opinion I will give attention to.

The imagery of this command is rather striking. It imagines a man taking a young nursing goat, killing it and cooking it in milk collected from its mother. It seems a rather unique prohibition if it is, in fact, a guard against the deepening of a callous disregard for life in the human heart. At its heart, however, this command must be concerned with compassion. After all, the female goat can be used for sacrifice, as can her kid (provided that it be at least eight days old). Why then this prohibition?

The Lord, in the Torah, often provides a prohibition against one small, seemingly insignificant act in order to shepherd us to right conduct in communal life; as an example, the protection given to the birds nest (Deut. 22:6-7; Matt. 5:19), which leads to the command for a parapet (a railing) to be constructed on the roof of one’s house to guard against a fall (Deut. 22:8), thus protecting and preserving life. When we consider the context of the prohibition in question, it leads to commandments regarding the tithe (specifically giving to the Levite, the stranger, the orphan and the widow) and to the year of release (the Shmittah). If one is disinclined to show compassion toward the livestock in his care, will he suddenly find compassion – coupled with the prescribed actions – for neighbor, stranger and enemy?

The Lord must mold and groom a heart of compassion in all of us. First, he does so by causing us to admire the life of a goat and her kid, not solely as a product but as a life. Second, by responding favorably, with compassion, to the needs of others, as we read, “Then the Levite, because he has no portion or inheritance with you, along with the outsider, the orphan and the widow within your gates, will come and eat and be satisfied, so that the Lord your God may bless you in all the work of your hand that you do” (Deut. 14:29). Further, “However, there should be no poor among you, for the Lord your God will surely bless you in the land the Lord your God is giving you as an inheritance to possess” (Deut. 15:4). Yet, because of the callousness of the human heart, “For there will never cease to be poor in the land. Therefore I am commanding you, saying, ‘You must surely open your hand to your brother – to your needy and poor in your land” (Deut. 15:11).

Messiah, with the metaphor of the Good Shepherd, shows us how deeply he cares for the sheep of his flock, to the point of laying down his life on their behalf (Jn. 10:11). This metaphor was certainly developed by witnessing firsthand the lengths shepherds will go in order to care for and tend to the needs of their flock. Yet, from the metaphoric imagery of sheep and their care, Messiah moves us to, in much the same way the Torah does, direct action on behalf of the “least of these my brethren” (Matt. 25:31-46). In this case, however, he is not speaking as sacrificial shepherd, but rather as the righteous judge; which begs a question of deep reflection, “How will our actions toward the human other stand up to the scrutiny of the Righteous Judge?”

The Lord says, “I desire mercy and not sacrifice, knowledge of God more than burnt offerings” (Hos. 6:6). Then, Messiah adds to this, “Those who are healthy have no need for a doctor, but those who are sick do. Now go and learn what this means: ‘Mercy I desire, and not sacrifice.’ For I didn’t come to call the righteous, but the sinful” (Matt. 9:12-13). Messiah came for the “least of these,” who are actually all of us; and from that reconciled position he sends us (Jn. 20:21) to and for the “least of these my brethren,” because he identifies with them, and desires to help them (us).

We live in an age where people either have compassion for the wildlife and not the human, or the human and not the wildlife. The Torah is teaching us to develop compassion for all of God’s creation – for both man and beast – by directing us to act justly and humanly, with charity and responsibility as stewards of the Lord’s creation. I humbly submit that we must recapture the awe of the Living God and recognize the majesty of his creation – and the life he creates.

“Now go and learn what this means…”